Do you want to make a difference to the lives of people around you?

Did you know that our care area covers more than 600 square miles with a population of one million? Last year Princess Alice Hospice made more than 14,400 visits to people in their homes, looking after more than 3,500 people between the ages of 18 – 107.

All of our care is free and by working together with our local community we can reach even more people, ensuring that they have the best care before, during and after death.

Do you want to make a difference to the lives of people around you?
When ordinary people come together, a community becomes something really special.

That’s why we’re looking for people just like you to join our compassionate community movement and help us to offer people the best care and support through dying, grief and loss.
Get involved… 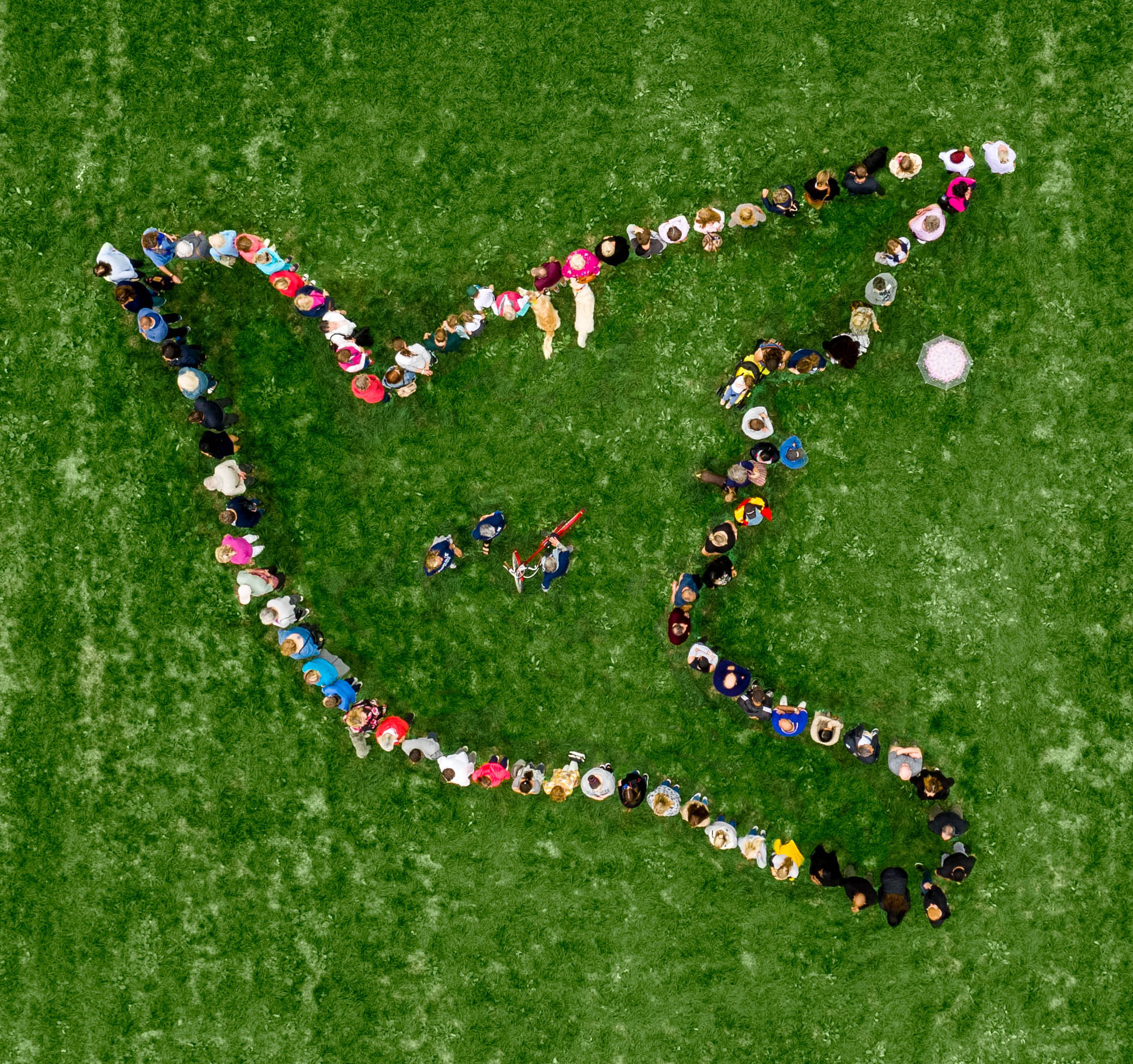 Compassionate Neighbours are trained volunteers offering friendship and a listening ear and providing regular emotional and social support to people in their local community who are lonely or socially isolated due to the effects of their own or a loved one’s long term or life limiting illness. This can mean popping round for a cup of tea and a chat, or going out to do something they enjoy. They can help people stay connected to their friends and community, as well as helping them get in touch with other services that may be helpful.

Volunteer in one of our shops

Maureen, 67, describes herself as a ‘charity shopper’ and she has been supporting her local Hospice shop in Egham for many years. Now she’s standing on the other side of the till as a volunteer and is loving it just as much. Maureen had been considering volunteering for some time and started at the shop shortly after retiring two years ago. She says: “It was the shop or nothing. I don’t drive and this is only a 20-minute walk away.”

Bereavement cafés are monthly drop-in sessions that are open to all bereaved people. They offer refreshments and a chance to talk with someone who is trained to listen, and to share experiences with other bereaved people.

Volunteers coming together in the community;

From charity shopper to volunteer 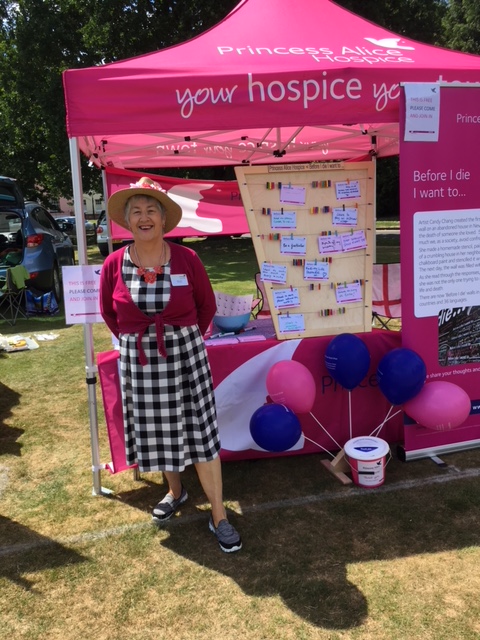 Maureen, 67, describes herself as a ‘charity shopper’ and she has been supporting her local Hospice shop in Egham for many years. Now she’s standing on the other side of the till as a volunteer and is loving it just as much.

Maureen had been considering volunteering for some time and started at the shop shortly after retiring two years ago. She says: “It was the shop or nothing. I don’t drive and this is only a 20-minute walk away.” She spends an afternoon there each week, more if needed, mostly working on the tills but also putting clothes out. “I’m a social person, a bit of a chatterbox,” she says, “so I enjoy meeting the customers.”

Although Maureen has no personal connection with the work of the Hospice, her brother was in a hospice in Toronto, Canada. “I know they do a fantastic job,” she says. “And it does make me feel good to volunteer. It’s a very happy shop and great fun. I could write a book about the shop – the regulars, the camaraderie among the staff and volunteers and the loveliness of the manager! If anyone is thinking about volunteering and has a spare couple of hours, I’d say just do it!”

Maureen gave her time recently in a different way when she was emailed asking if she could help support the Hospice stand at her local fete. “It was a very interesting experience,” she says. “We were inviting people to write on a card things they wanted to do before they die and pin it on a board. Some people scurried past and others chatted but didn’t fill out a card. I spoke with one family and the children, whose grandad had passed away in a hospice, all filled out cards. I’m exceedingly glad I volunteered there.”

From shop Volunteer to Sales Assistant 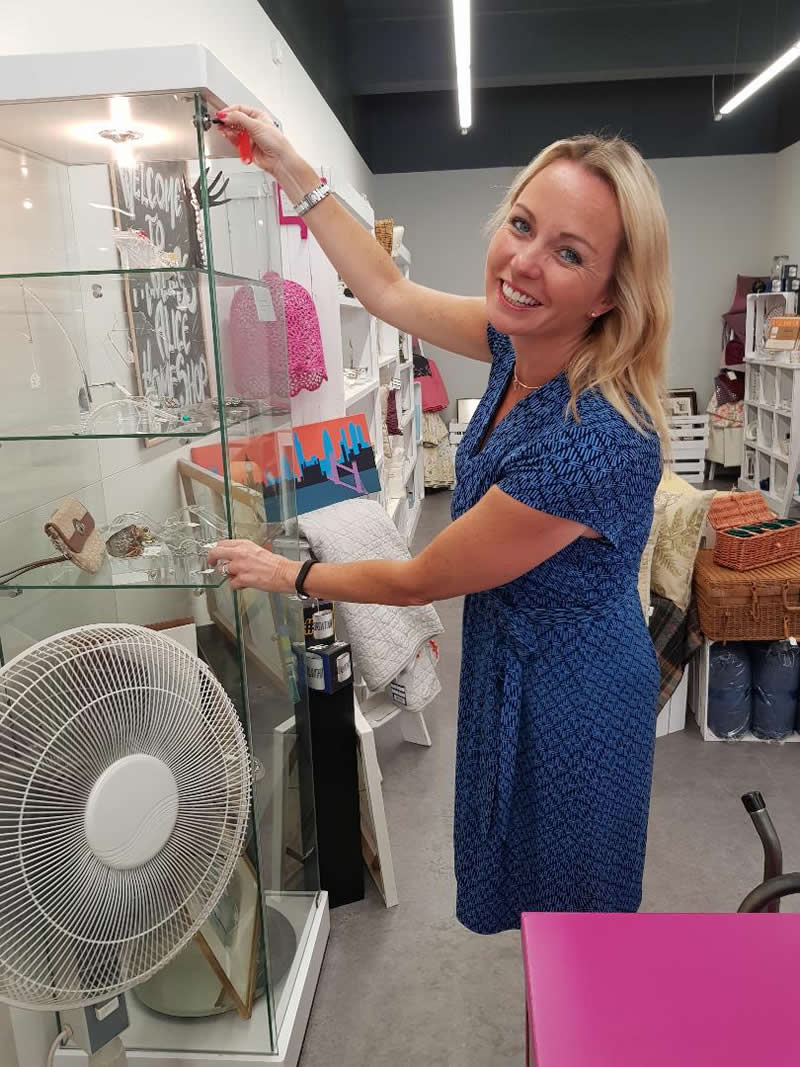 Living in Twickenham, Natalie has always been aware of the Hospice’s role in the community but when the local shop moved to bigger premises, she says: “It looked so beautiful. I’d always been interested in volunteering and I fancied working there.” As both a volunteer and now a staff member at the shop, she’s a proud part of a team that ensures the shop is always looking its best: “If there’s even a hanger hanging the wrong way round, we’re on to it!”

Now in her early 40s, Natalie spent 20 years commuting into the City, before stopping work to spend time with her younger son before he started school. She began volunteering at the shop in 2016, for one morning each week, while also managing her own freelance legal pa company. “My career has been very office based,” she explains, “so I’ve loved being out and about with the public. I’m a sociable person and this gives me my ‘fix’!”

As a volunteer, Natalie worked on the till, as well as keeping the displays looking good and sorting through the jewellery and bric-a-brac. A favourite part of the role for Natalie is talking with the customers, donors and fellow volunteers and staff in the shop. “There are volunteers who’ve been here for 20 years,” she says. “It’s amazing how they’ve dedicated their time to the charity, and they are such lovely people.” Many of the customers have personal connections with the Hospice and hearing their stories and how highly they value the Hospice’s services clearly motivates Natalie. “The more positive feedback you hear from them,” she says, “the more proud I feel working for the Hospice.”

Recently Natalie chose to take on a part-time employed role as a Sales Assistant, working three days per week. She explains: “With my freelance business I could work my own hours but I was actually looking for more routine. I’d been made to feel so incredibly welcome as a volunteer and it’s such a lovely shop, so when the vacancy came up, I didn’t want the opportunity to pass me by.”

One of her main responsibilities is to take in and sort through all the very many donations they receive. “That can be a little overwhelming sometimes but we receive some amazing items,” she says. “We make sure we’ve always got beautiful things on display – we have themed displays, for example for the royal wedding and Father’s Day – and that the shop is kept neat and tidy.”

It’s clear that Natalie loves working at the shop – so much so that she’s persuaded several of her friends to start volunteering there too. “I feel very lucky to work here with such an amazing team” she says. 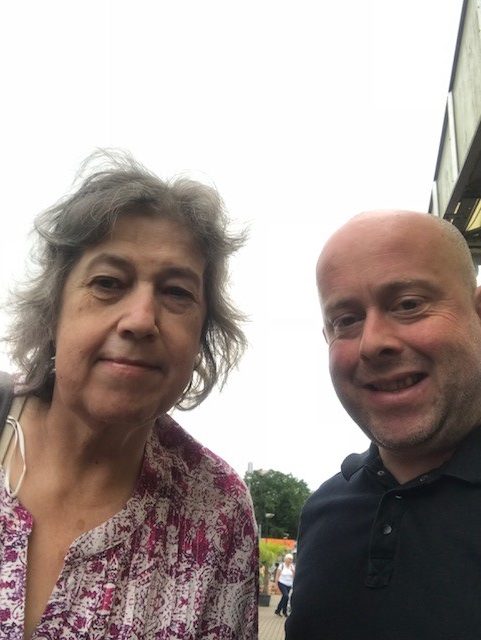 Dave and Carol are part of an exciting new social movement that encourages volunteers to support people in their community who are lonely or isolated and who have a chronic or terminal illness. Dave was matched with Carol two months ago and visits her each week for an hour. It sounds as though they are both getting a lot from it.

Dave, 45, felt he had reached a point in his life where he had the time to volunteer, “to give something back.” He explains why he was drawn to the Compassionate Neighbour role when he searched for opportunities online: “18 months ago my mother-in-law was diagnosed with cancer. Fortunately she had a great support network but it made me aware that not everyone does.”

Volunteers have to complete two days of training to become a Compassionate Neighbour, which Dave felt was helpful. “I got a lot from it,” he says. “We talked about the importance of listening skills, gained a better understanding of what people might be going through and discussed loneliness, and how people can still be lonely even when they have other people around them.”

Dave was then matched with Carol, 65, who lives alone. She says: “I was hoping to get someone to talk to and who would go walking with me. I’ve had a lot of falls so I was losing my confidence.”

Since they first met, they have been for walks along the river, visited various garden centres and also to the library. Most recently, they went to the supermarket, something Carol hasn’t done for a very long time as she has felt unable to go out alone. “I was like a child in a sweet shop!” she laughs. They have both found that the conversation seems to flow very naturally. “Dave is very easy to talk to,” Carol says. “I’m a fan of gardening and he was asking questions when we went round the garden centre – it was nice that I could share information with him. He’s very kind and considerate too, and seems to know just the right amount of help to give.”

As Dave says, they’re unlikely ever to have met socially but “it’s something different for me and we talk about everything. It’s an escape from the rat race for me and an escape for her from what she’s going through.”

Having someone to talk to is really important for Carol as she doesn’t have any friends or family nearby. What she has also gained already is the confidence to go out on her own. “My confidence is coming back now,” she says. “I’ve already been out walking on my own and that makes me feel more part of the community.”

Dave would certainly recommend the Compassionate Neighbour role, as long as you can commit to giving one hour a week. “It’s nice to be able to do something. An hour a week is so little for me but it means so much to Carol. These people really rely on you.” 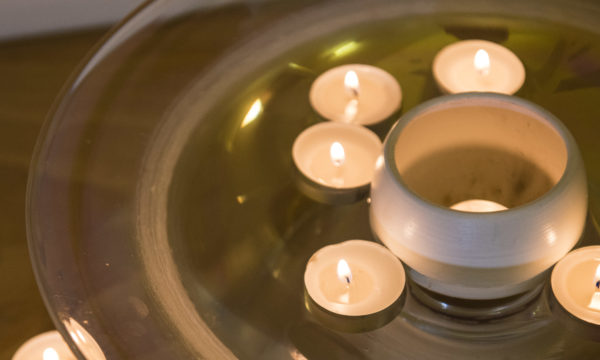 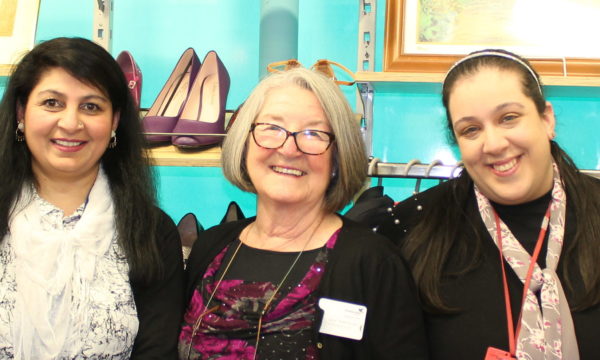 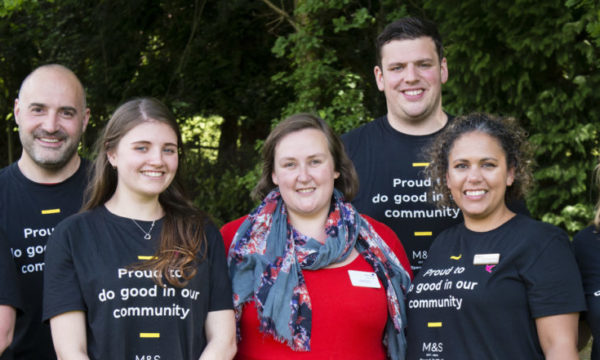 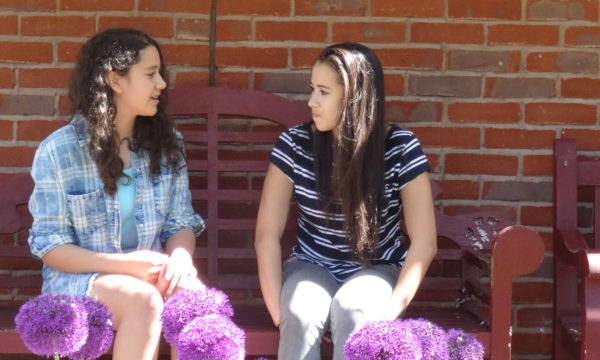 Our Bereavement Cafes depend on volunteers

“It’s so important for the people who come to the Café to be able to share their feelings with others who have been through it. That’s what makes the Café such a safe and caring place for people to come at this painful time in their lives”
– Des Williamson
We use cookies to ensure that we give you the best experience on our website. By continuing to use our site, you are agreeing to our use of cookies. However, you can change your cookie settings at any time.Accept and CloseFind out more