The Trustees of the Hospice are the directors of Princess Alice Hospice for the purposes of the Companies Act 2006. One of the Trustees usually serves as Vice Chair of the Board and Sean Watson took over this role from Andrew McIntosh on 12 September 2018. Trustees and committee members are not paid and give their time voluntarily. The Charity Commission has given permission for the Hospice to provide Trustee Indemnity Insurance cover.

Fiona has been a nurse, academic and manager. She was formally Dean at Kingston University and St George’s, University of London.

Gail has over 25 years’ experience in fundraising, starting at Help the Aged in direct marketing. Since then she has worked in a number of different roles and has been a Director of WPN Chameleon, a direct and digital agency in London for 12 years.  She joined the Board in 2015. She is married with a grown up daughter and lives in Hampshire. 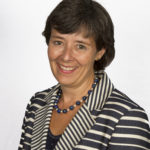 Despina joined the Board in 2016, having served as a committee member on the Finance and Retail committees for a number of years. Despina is a Chartered Management Accountant and has more than 20 years’ experience working for a number of FTSE100 companies. She currently works in the Real Estate sector, and has experience across a number of other sectors including consumer goods and the airline industry.

Sean is Emeritus Professor of Primary Care at St George’s, University of London and Emeritus Professor of Medical Education at the University of Nicosia. He was a GP partner for 30 years in Kingston upon Thames, and appointed Professor at St George’s in 1993. He joined the Board in 2012. Throughout his clinical and academic career he was committed to palliative care and is continuing this interest with the Hospice.  He is also Chairman and trustee of the DIPex charity, which is an Oxford-based charity supporting patient information and experience.

Jane joined the Board in 2009 and has been the Chairman of the Clinical Strategy Committee since 2011. Jane is the Integration Director at Frimley Park Hospital NHS Foundation Trust. Prior to joining the NHS, Jane worked in the charity sector.

Jeannine joined the Board in 2012. She runs her own independent communications consultancy, which has a strong bias towards the healthcare sector. After studying French and Spanish at Trinity College, Dublin, Jeannine gained a postgraduate diploma in Business Studies with Languages at Edinburgh University.

Christopher Roshier joined the Board in 2011. As a Chartered Accountant he spent 20 years in the City as a merchant/investment banker. Christopher feels that as a Trustee he can use his skills and expertise to the benefit of the Hospice.

Sean joined the Board in 2012 and is a member of the Governance and the Finance Committees. He read law at Manchester University. He is a consultant to City law firm CMS Cameron McKenna, where he was until recently a partner. He is also a Non-Executive Director of Argus Media.

Peter is a health economist with over 40 years’ experience working for consulting groups, universities and government agencies across the UK, Ireland, Australia, USA and in developing countries on a wide range of cost-effectiveness studies in health economics. He has had two terms as a non-executive director of NHS Trusts. He joined the Board in 2014 and also works as a freelance consultant to pharmaceutical firms and NHS bodies.

Andrew joined the Board in March 2018 and has been a member of the Finance and Audit Committees for 5 years. He qualified as a Chartered Accountant and recently retired from Ince & Co solicitors having spent the previous 30+ years working with lawyers. 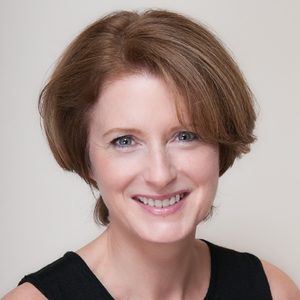 Karen joined the Clinical Strategy Committee in 2015 and recently advised the Hospice on its five-year Talent & People Strategy.  She has over 25 years experience of managing Human Resources in global companies and currently runs her own independent consultancy.  She has particular expertise in talent management and leadership training and development.  She has worked for BP as a Vice President Human Resources and for Centrica as Head of Talent Management and Executive Development, and has a MSc in Organisational Consulting.

Heather is a GP with more than 30 years experience. Her practice is in Claygate and she has worked closely with the Hospice on behalf of her patients. She has held several board level positions in local primary care organisations as well as serving as governor at Kingston Hospital. She received Fellowship of the Royal College of General Practitioners for her services to the local health economy.

Heather joined the Board in February 2019 and has been on the Clinical Strategy Committee since September 2015.

The Finance and GP Committee

The Finance and General Purposes Committee, chaired by Despina Don-Wauchope, oversees the finances and infrastructure of the Hospice. It is responsible for reviewing and recommending to the Board the annual budget and financial strategy and monitoring performance against budget during the year. It oversees the investment of the Hospice’s funds, recommending on the appointment of an investment manager and reviewing their performance, highlighting any changes which might affect responsibilities. It also oversees all matters relating to infrastructure, facilities, IT and property (excluding the retail shops).

The Audit and Risk Committee

The Audit and Risk Committee, chaired by Professor Sean Hilton, oversees risk management and governance processes, external audit and internal risk and quality reviews. It reviews the management of systems for internal control and advises the Board on exposure, mitigation and lessons for quality improvement. It manages the relationship with the external auditors, reviews feedback on their performance and value for money and advises on reappointment as appropriate.

The Clinical Strategy and Governance Committee

The Clinical Strategy and Governance Committee, chaired by Jane Hogg, is responsible for overseeing clinical strategy, education and research. It provides assurance on the development, implementation, safety and effectiveness of the clinical services delivered by the Hospice. It monitors clinical activity, performance and risks against the annual business plan, raising issues to the Board where necessary. It also oversees relationships with our health and social care partners regarding grants, contracts and service level agreements. The committee monitors health and education policy and regulation and keeps the Board informed as appropriate.

The Income Generation Committee, chaired by Jeannine Nolan, deals with the identification, development, implementation and effectiveness of income generation such as legacies, donations, fundraising and retail outlets (excluding NHS grants). It reviews growth opportunities and risks across all income sources and ensures compliance with regulatory requirements.

The People and Communities Committee

The People and Communities Committee, chaired by Karen Roberts, oversees the development, implementation and effectiveness of the talent and people strategy, community engagement and communication and marketing programmes. It oversees and reviews HR governance, the volunteer strategy and undertakes workforce reviews, ensuring the hospice is fit for the future.

The Remuneration and Nominations Committee

The Remuneration and Nominations Committee, chaired by Professor Fiona Ross, CBE, has a membership of the Committee Chairs, the Vice Chair of the Board and the CEO. It meets at least annually to consider succession planning for the leadership team, to recommend changes to the remuneration of the Chief Executive (with exception when her own renumeration is discussed) and Senior Management Team, to receive reports from the Chair on trustee skills and succession and oversee arrangements for a search committee for senior management and trustee recruitment.

Nicki joined Princess Alice Hospice as Chief Executive in March 2011. Before that she worked for more than ten years at the British Heart Foundation (BHF) in a variety of leadership roles. Her career has spanned the commercial, regulatory and voluntary sectors. She has enjoyed the opportunity of taking the learning and experience gained within one sector and applying them effectively into another, cementing her practical experience by studying for a Master’s in Public Administration at Warwick Business School. In her spare time Nicki is a trustee for two charities, is a keen traveller – almost always to sunny places with a café culture, and a mostly keen exerciser.

Craig was appointed Medical Director in June 2013 and has been working as a Consultant at the Hospice since December 1996. He initially worked in general practice before completing his Masters in Palliative Medicine at the University of Wales in 2003. He established the Ethics Committee at Princess Alice Hospice and was elected to the Association of Palliative Medicine’s Ethics Committee in 2009. He is an editor of the Palliative Care Adult Network Guidelines (PANG) and is a Visiting Reader at the University of Surrey.

Diane Rickwood - Director of Finance and Operations and Company Secretary

Diane trained in industry with British Aerospace, studied for a B.A. (Hons) degree in Accounting and Finance and went on to qualify as a Chartered Management Accountant. After employment in the retail sector and specialist accountancy recruitment she moved into the not-for-profit sector as Bursar for a Voluntary Aided school. She joined Princess Alice Hospice in 2002, became Finance Director in 2008, and has held her present post since April 2012. 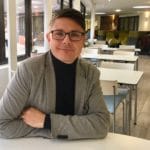 Nigel joined the Hospice in 2007. His passion for fundraising started at university where he chaired the Raising and Giving (RAG) committee. After leaving university with a degree in Media Communication he headed into the charity sector. Nigel has worked with Sense, the deaf blind charity and Crusaid, the national charity for HIV/AIDS in roles focussed on mass participation events, direct marketing, corporate fundraising, legacies and internal and external communications.

Lesley moved from the NHS to the Hospice in 2011 originally as the community team manager. Previously she worked at Ashford and St Peters Hospital as Nurse Consultant and Lead for Cancer and Palliative Care; she completed a Masters in Pain Management at the University of Wales in 2006. She is an honorary lecturer at the University of Surrey, a facilitator of advanced communication skills courses and Vice Chair of the National Association for Hospice at Home (NAHH). She is also a past leadership scholar with the Florence Nightingale Foundation.

Following a degree in International Politics and French, Angela’s interest in fundraising developed during the seven years she spent working at the British Council.

This resulted in a career path in the third sector, including working at Community Service Volunteers (CSV), One Parent Families (now Gingerbread), and seven years as Head of Fundraising at a prison charity.

She joined Princess Alice Hospice in 2012 after being inspired by the care given to her father in a Birmingham Hospice.

We use cookies to ensure that we give you the best experience on our website. By continuing to use our site, you are agreeing to our use of cookies. However, you can change your cookie settings at any time.Accept and CloseFind out more